How to Connect Xbox One to Projector

In this article, we have explained how to connect Xbox to projector in simple steps, troubleshooting, and the advantages and disadvantages of gaming on a projector.

Being an expert gamer, I always want more. Gaming on a projector 4K screen is an otherworldly experience especially split-screen co-op games with buddies. It is extremely easy to connect Xbox to the projector. We have covered it in a step-by-step guide.

Advantages and Disadvantages of Playing Xbox on a Projector

In the past, the only way of gaming where you can have a decently-sized screen was through a projector. But should you use a projector? Why, when you can already find televisions with over 77 inches sizes these days?

The biggest advantage of projectors is they let you maximize a screen size as much as possible. But you never have to go through so much trouble finding a reasonably big sized TV for gaming today.

If you want to be sure if it’s a great idea to play Xbox on a projector or not, let’s see its benefits and drawbacks below.

For the most part, the big screen a projector provides is excellent for gaming alone. But what is really great about it is it allows comfortable split-screen gaming. It means that if you are playing a 4-player game, every player can have a large enough part of the screen. Everyone will be able to play the game without compromising.

Another advantage of projectors is they save space. Compared to a large TV, they only take a small amount of space. If you have a 77-inch television, that sure is quite a presence even in the largest living rooms. After all, you will need a big TV cabinet for that as well. With a projector, however, you only need a side table to put the device.

That said, there are some adjustments you need to make to ensure the projector casts a perfectly level and distortion-free image. But when you can do this, you can have a next-level gaming experience without taking too much space. Even with a stereo next to it, a projector will not dominate your living room.

There is an undeniable cool factor to projectors. It simply is fantastic to have your own home theater even when there is a high-end television. This alone makes some people want to get a projector to experience how it feels playing on it. It is not bad. After all, you can also use the projector with playing movies and other things.

Projectors are amazing, but the images are often not on far as a high-end TV. Most of them can benefit from the enhanced resolution of a 4K. You can get a projector with 4K resolution as there are already versions of them. But right now, they are higher priced compared to televisions already equipped with 4K technology.

An average TV has a reasonable sound, but those of projectors are not made for listening. It is the audio that is one of the biggest disadvantages of playing on a projector. That means you need an external speaker or a soundbar for a better experience. It is not a big problem, but some people might see this as a hassle.

Another big turn off to the projector’s use is they get hot and noisy after some time. Every electronic will, of course, emit heat and noise. However, projectors have a big problem regarding this. Depending on the projector, this could be very unpleasant or just enough for you to be able to tune out. Still, it is worth noting you may encounter this problem during gameplay.

How to Add External Sound

Playing Xbox on a projector is great, and all, but one issue most of you probably worry about is the sound. If you are using a headset, this is not so much of a concern because the speakers on the system work well. But if you don’t use a headset, you might not like the quality of the sound coming out of the projector’s built-in speakers. Most aren’t that good, after all.

In that case, you may want to use an external speaker to create a more immersive sound experience. If you use the Xbox with the projector and the speakers, you can connect them both directly. For the video, connect it through the HDMI. For the audio, hook the speakers to the Xbox’s S/PDIF optical port.

On the other hand, it is best to use an A/V receiver to connect multiple components. With this, you can hook your game system, cable box, projector, speakers, and all others in a single centralized device. You will be able to switch between them seamlessly without the hassle of the wires, so your entertainment experience is by far much better.

Here are the two methods on How to Connect Xbox to Projector?

Using HDMI port: Connect one end of the provided HDMI cable in the ‘HDMI out’ port on Xbox (One) and another end into the HDMI port on your projector.

Using VGA cable: Have an older version of Xbox (i.e., 1st generation Xbox or Xbox 360) or an older projector? You can use the VGA port on both devices to make a connection.

How to Connect Xbox to Projector using HDMI? 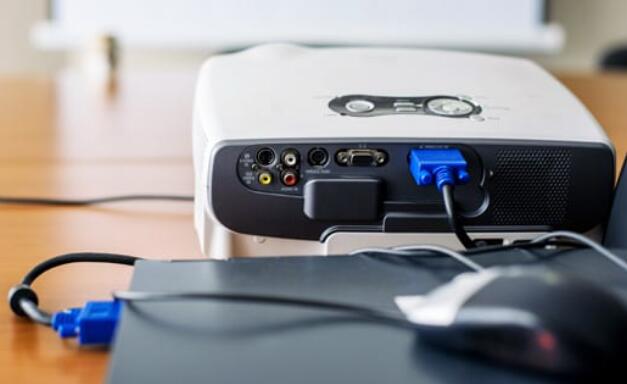 The HDMI port’s beauty is that it can transfer video and audio signals through a single cable. Thus, with a single connection, your projector will receive a video signal as well as an audio signal.

Power off both the devices, i.e., Xbox and projector

Power on both the devices

The projector will automatically recognize the Xbox connection and display it. If multiple devices are connected, you can toggle between the sources on your projector/Xbox and select the appropriate HDMI connection

In another case, if all the HDMI ports on your projector are used up, a device like an HDMI switch will help to switch between video sources.

How to Connect Xbox to Projector using VGA connection? 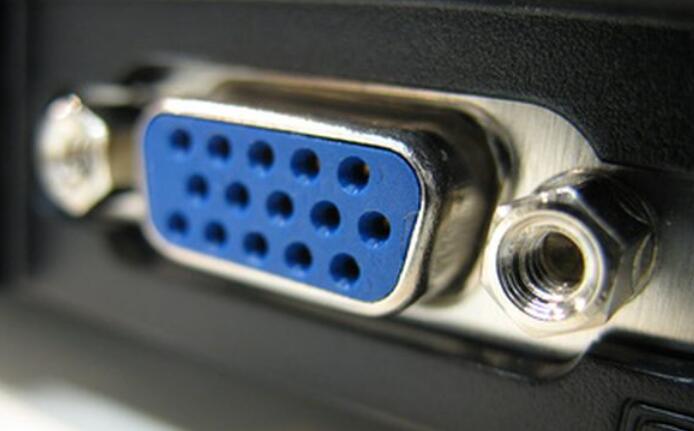 If you’re using an older projector, i.e., 1st and 2nd generation Xbox series, the VGA cable will be your savior. While VGA connection is not as advanced as HDMI technology, it’s robust even today for video connection. To connect Xbox or Xbox 360 to a projector using a VGA connection, follow the below steps:

Power off both the devices

Similarly, connect another end of the cable into the blue-colored VGA port on your projector. VGA port might also be labeled as D-Sub port on some projectors

Power on both the devices and check for the display

Unlike HDMI, the VGA port only transmits video. Thus, for audio output, you’ll need to connect your headphone or speaker right into the Xbox’s audio ports. It’s that simple connecting Xbox and projector through VGA.

As you’ve seen above, connecting Xbox to a projector is an effortless and uncomplicated task. However, some unforeseen issues may occur.

Things to Take Care Of

There are certain things that might hinder your experience of gaming. We are mentioning them so that you can enjoy your fun time playing on Xbox One without any problem! Those certain things are:

Thirdly, always take care of connections and cables and make sure those cables are not malfunctioning.