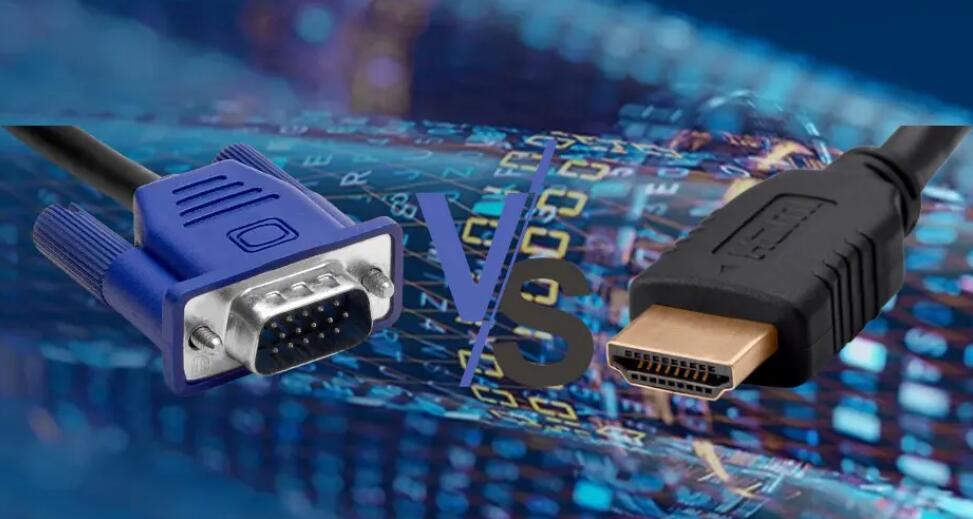 HDMI ports are the most common input for projectors and TVs these days, which are a super high-quality standard that combines both video and multi-channel audio into one. HDMI ports can also be found on computers, and there are plenty of adapters for connecting a phone to an HDMI port, making it easy to connect your devices for playback.

DVI is another popular, though slightly less common, port that exists in a few different versions. There’s the digital DVI-D port, the analog DVI-A, and the hybrid DVI-I port that transfers both digital and analog signals. DVI is used on many computers, though not often on laptops.

Composite is a little less common these days, but can still be found on many projectors. Composite splits up a signal into one video connector, which is yellow, and two audio connectors for left and right channels.

VGA is another common analog connector that has become slightly less popular in recent years. VGA connectors are a little large and unwieldy, but if you’re using a computer that has a VGA connection, another VGA connection on the projector can come in handy.

3.5mm is a connector that’s only used for audio—so if you have a set of speakers or a sound system that you want to use with your projector, a 3.5mm connector could come in handy.

Wi-Fi is very popular when it comes to streaming content to projectors rather than having to use physical cables. Wi-Fi connections are usually used in conjunction with an app, or sometimes smart projectors simply stream content from the internet.

HDMI vs DVI: A no-nonsense guide

HDMI vs DVI probably isn’t a question that keeps you up at night, but it is important to know the difference. A creative’s workstation is never run of the mill, with drawing tablets, graphic design laptops and multiple monitors all piling up around us as we try to get our work done. All those peripherals littering our desks need to be hooked up somehow – but how exactly should it be done? Not infrequently, that comes down to a simple question: do you need an HDMI or DVI cable?

Each looks different, works differently, and supports different outputs. To the untrained eye, it can be a minefield of resolutions, data rates and supported features. So, which should you get?

The answer depends on more than just the ports on your best laptop for graphic design or one of the best monitors. But fear not, our no-nonsense guide lays out exactly why you might need each cable, and which is the best option for creatives right now. 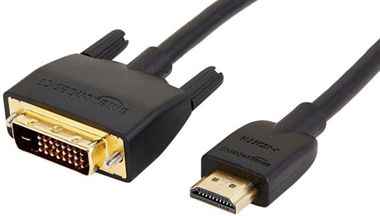 HDMI and DVI are simple to tell apart thanks to their contrasting footprints. Unlike the myriad forms of USB cables, which often look deceptively similar, HDMI and DVI ports look strikingly different.

Being the older standard, it’s perhaps unsurprising that DVI is the larger of the two. Viewed front on, a typical DVI plug is rectangular in shape, with a matrix of (usually) 24 pins three rows deep making up the bulk of its front side. To the right of this matrix is a square consisting of four more pins. The whole arrangement is flanked on either side by screws that fix it in place. The number of pins, combined with the screws, make DVI a relatively large plug.

HDMI, in contrast, is much smaller. Its plug consists of a slim rectangle with a sloped lip below it. In the middle is a thin gap surrounded by 19 pins. Despite having close to the same number of pins as DVI, HDMI plugs are much more compact, in part due to their lack of securing screws.

Note that it is possible to get Mini and Micro versions of both DVI and HDMI plugs. Mini-DVI and Micro-DVI are only found on older Apple computers such as the original MacBook Air and 2009 Mac mini. Mini-HDMI and Micro-HDMI can be found on a wider variety of devices, including some tablets and phones, but are still uncommon compared to standard HDMI plugs. 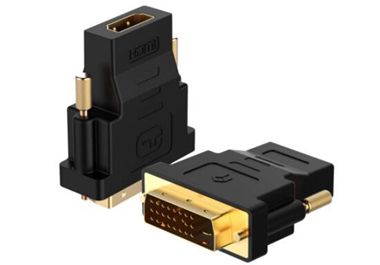 One of the most important questions when it comes to deciding between HDMI and DVI is what each standard works with and whether it’ll work with your devices. The first thing you can do towards answering this is check the ports on your hardware. Some computer motherboards will have ports for both, for example, while your TV or monitor may only support one or the other.

These days, HDMI is much more common than DVI. That’s especially true on laptops, where HDMI’s smaller connector is much more likely to make an appearance due to its space-saving design. You’re likely to find it on computers, TVs, monitors, games consoles and a variety of other hardware types.

However, even HDMI is not as common as it once was, as both DisplayPort and USB-C have eaten into its market share. As we mentioned earlier, the best thing to do is check your hardware to see what exactly you’ll need. Don’t forget that you can always get an adaptor if you need to connect two mismatched devices. 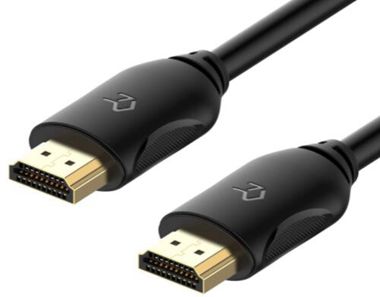 Both DVI and HDMI have certain limitations on what they can display, both in terms of an output device’s resolution and its refresh rate. Given that HDMI is newer than DVI, it’s unsurprising that it works with better specifications in both cases.

The latest version of HDMI (2.1) can support a maximum data rate of 42.6 Gbit/sec. That means it can support some truly impressive resolution and refresh rate combinations: up to 4K at 144 Hz natively, or a mind-boggling 8K at 120 Hz using Display Stream Compression. It also works with HDR video output (although its maximum resolutions and refresh rates take a slight hit given the increased bandwidth used by HDR video).

As well as its notable visual advantages, HDMI can transfer audio signals, something DVI is unable to do. That means streaming a video from one device to another only requires one cable with HDMI; with DVI, you also need to account for audio cables.