DLP vs LCD vs LCoS

Motion-picture projectors have come a long way since their hand-cranked progenitors over a century ago. For the first half of their history, they relied exclusively on film to provide moving images that were projected onto a screen, and that technology continued to be used in commercial cinemas until around 2000.

Today, film has been almost completely replaced by digital-video projectors that are based on one of three imaging technologies: LCD, LCoS, and DLP. All of these technologies offer many advantages over film and CRT projectors—smaller size, lower weight, less heat generation, and more efficient energy usage—and each one has its own strengths and weaknesses for different applications.

In this article, I’ll explain how each technology works and reveal its maximum capabilities. Then, I’ll offer a comparative analysis of their advantages and limitations, with the key points summarized at the end in an easy-to-reference list. So, buckle up for a deep dive into the world of digital projection. 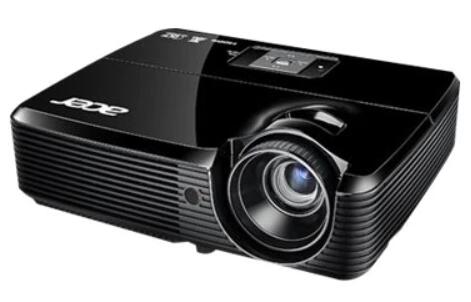 A DLP, or digital light processing, projector makes use of tiny mirrors which in turn reflect light toward a screen. There’s typically a physical color wheel, which is a literal spinning wheel full of color filters used to generate sequential colors. These can be found as single-chip DLP projectors, or three-chip DLP projectors with red, green, and blue DLP chips. Price varies quite a bit, from a couple hundred dollar to ten of thousands. DLP projector are easily the most common, with the vast majority of home theatre projector utilizing DLP technology.

Light output on DLP projectors tends to be robust, and suitable for atmospheres with ambient light such as classrooms and conference rooms. Likewise, color accuracy, while varying quite a bit by device, oftens shines with DLP projectors. Motion blur isn’t a huge issue on most DLP projectors, with crisp, sharp images during fast-motion sequences in action flicks and sports. However, DLP projectors may be plagued with rainbow artifacts where bright objects may give off the appearance of a sort of light trail. This doesn’t affect three-chip DLP projectors, but single-chip DLP projectors might experience artifacting. 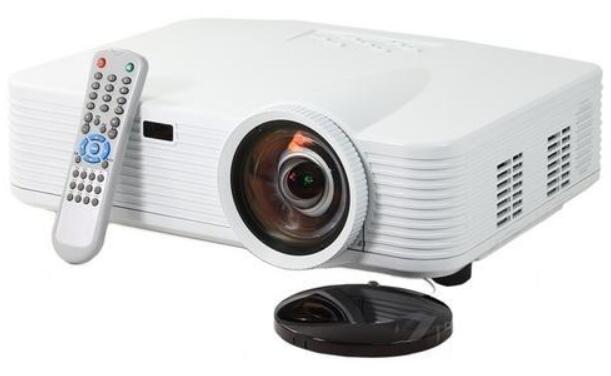 While LCD, or liquid crystal display, technology is common in TVs and computer monitors, it’s also popular in the projection space. LCD projectors feature three LCD panels which in turn cast an image using a primary color: red, blue, and green. All three are simultaneously projected so that the resulting image is displayed in its full coloring. Price varies quite a bit, from a few hundred to the upper thousand.

Generally, LCD projectors are pretty inexpensive to operate since they eschew moving parts. Lamp life is generally much higher than with DLP projectors. Color accuracy is top-notch, and there’s pretty low power consumption. Black levels shine, and light output or lumens can be pretty high. Rainbow artifacts are kept to a minimum, though motion blur may be an issue.

Like LCD and DLP projectors, these can be incredibly inexpensive or bank account-emptying. Black levels, motion blur, color accuracy, and artifacting depends on the underlying projection source, DLP vs LCD. However, maintenance of LED projectors minimizes overhead since there’s a filterless design, and long lamp life. My BenQ GV1 and ZTE Spro2 projectors are LED devices, making use of an LED light source and DLP projection technology. 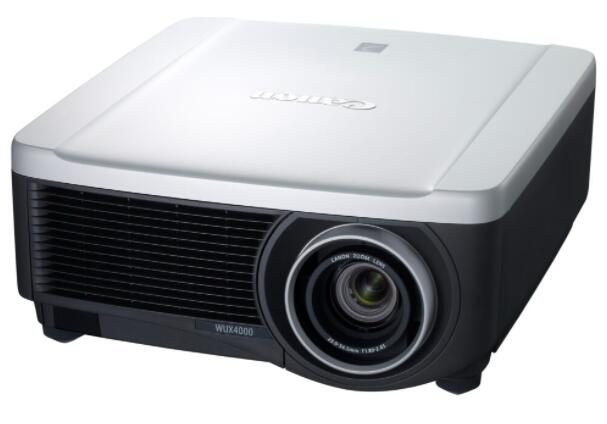 LCoS, or liquid crystal on silicon, arrives as a sort of LCD-DLP fusion. At its core, LCoS employs liquid crystal chips that have a reflective backing similar to DLP. However, an LCoS projector passes light through LCD panels which gets modulated by liquid crystals. Therefore, it’s at once a reflective technology and one which opts for LCDs rather than mirrors. There’s extremely high resolution, and SVGA LCoS projectors don’t even exist. Yet this comes at a cost: weight. The lightest LCoS projectors clock in a but over 10 pounds. DLP, LCD, and LED projectors are far more portable.

The likes of JVC and Sony use proprietary LCoS tech, D-ILA and SXRD respectively. I’ve got a hulking Sony VPL-VW60 home theatre projector with LCoS technology onboard and, while not nearly as portable as my ZTE Spro2 or BenQ GV1, the VPL-VW60 delivers top-tier image quality with lush color reproduction and gorgeous black levels. Usually, price is a bit higher, mostly in the thousands. 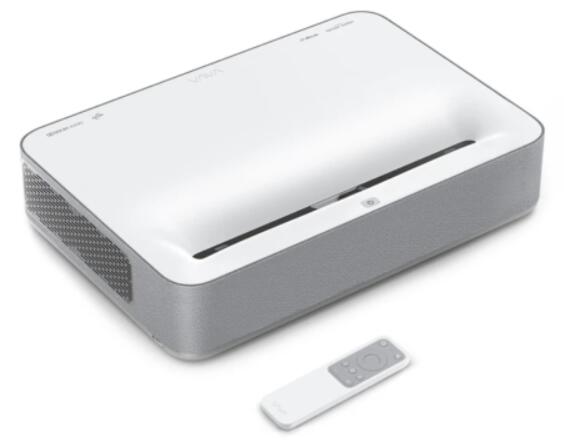 Traditionally, lamps provide the light source for projectors. This remains true of DLP, LCD, LED, and LCoS projectors. However, lasers are beginning to replace lamps in projectors and may be the future of projection. Image quality is fantastic, arguably trouncing even LCoS, and lasers last longer than even energy-efficient LED bulbs. Moreover, lasers are more durable than traditional projector bulbs, while delivering almost instantaneous on-off functionality. Similar to an LED projector, a laser projector still uses an LCD, DLP, or LCoS chip, and speaks of the light source rather than the projection technology itself.

While a standard bulb-centric projector uses RGB lighting to reproduce colors on the screen, a laser projector instead generates the precise colors needed for a picture. As such, it’s more energy-efficient, and this even allows a laser projector to get extremely bright, far brighter than DLP, LCD, or LCoS units. Ok, so what’s the catch? Price. Laser projectors are incredibly expensive, retailing for several thousand at minimum.

DLP vs LCD vs LCoS

Projectors are awesome. Ultrahuge screen, reasonably low price. We’ve reviewed a few here recently that were fantastic. There are three different technologies projectors use to create an image: DLP, LCD, and LCoS (as shown in the image above).

What is DLP Projection and How It Can Suit You?

DLP, or as we already know, Digital Light Projection technology, is an advanced reflection technology that is developed by Texas Instruments. It is based on a Digital Micromirror Device chip that comprises millions of microscopic mirrors, and they move to reflect the incoming light from the light source. The preliminary image that comes out through the reflection of the mirror is a black & white form.

So it also comes with a physical color wheel that spins a wheel filled with color filters, and it ultimately helps the projector to create accurate color reproduction during projection. Generally, they come with three color filters, but some modern DLP projections come with some additional filters to enhance accuracy. The primary perk that draws many users towards DLP is the high color accuracy.

How Can It Suit You?

Single-chip DLP projection is probably the most common DLP form in the market and mostly utilized in budget segment projectors. However, the major problem with this system is the noise they create during the movement. So it has an alternative version, which is a 3-Chip DLP projection that utilizes three primary colors, but it is quite expensive and mostly found in high-end full HD or 4K projectors.

The visual quality of the DLP projection technology is pretty impressive, and most of the home theater projectors are based on this technology. The light traveling through the mirrors doesn’t travel much, and as a result, it gives rise to sharper image quality with an excellent refresh rate.

The brightness generated through the DLP projection system tends to be on a higher side, thus making it suitable for large spaces like classrooms and business meetings with ambient light. The contrast offered by the DLP projector is simply excellent, and this is the reason it has a substantial black depth that leads to a great cinematic visual output.

What Is LCD Projection and How It Serve As A Better Option?

Liquid crystal display or, in short form, we can say LCD is probably the most common projection technology along with DLP. It is a widely used transmission projection technology that is found in projectors in all price ranges, whether it is budget or projector costing above $1000. They are pretty inexpensive in comparison to their competitors, and the main reason lies in the usage of static parts.

Unlike the DLP projector that has many moving parts, LCD projection technology incorporates three LCD panels, and each of them represents a primary color, which is blue, red, and green. It follows a simple projection process where all the panels are simultaneously utilized for projection, and in this manner, they produce an image with the proper color.

How does It serve As A Better Option?

Even though it may not have a high color accuracy like DLP or LCoS but the simultaneous passage of light assists the projector to generate great shades. Moreover, it can cover a wide color gamut that results in natural output in the color quality. The images are more relaxed and sharp rather than being robust.

It is one of those projection technologies that is preferred by almost every projector manufacturer in the world, ranging from Epson, Panasonic to many small manufacturers. A few years ago, the 3LCD projector used to suffer from low contrast ratio and oversaturated black levels.

What is A LCoS Projection, and Why Should You Get It?

Liquid crystal on silicon or LCoS is a high-end projection technology that is found in only a handful of projectors in the market. LCoS is a hybrid between DLP and LCD projection technology, and it gets the best of both worlds while negating the disadvantages. An LCoS projector comprises liquid crystal chips that are equipped with reflective backing, which you will find in DLP modules. But LCoS passes light through LCD panels by employing transmission techniques used by LCD projectors.

Why Should You Get It?

The combination of both the technology oozes out super high-resolution output like 4K UHD, and none of the units come with SVGA native resolution. In terms of visual performance, it is often regarded as the best projector technology by many experts and developers.

Sony and JVC are the two most reputed organizations that use LCoS projection technology to create some of the finest projectors in the market with incredible image quality. However, these organizations use proprietary LCoS technology, where JVC has named it D-ILA, and SXRD is offered by Sony.

The color quality it produces is simply incredible, and it reproduces almost all the colors from the content. Another great thing about it is that it delivers the color continuously rather than sequentially like other projection systems that ultimately lead to superior color output. Even though DLP is known for offering the best-in-class color accuracy, some experts suggest LCoS gets the edge when it comes to LCoS vs DLP.